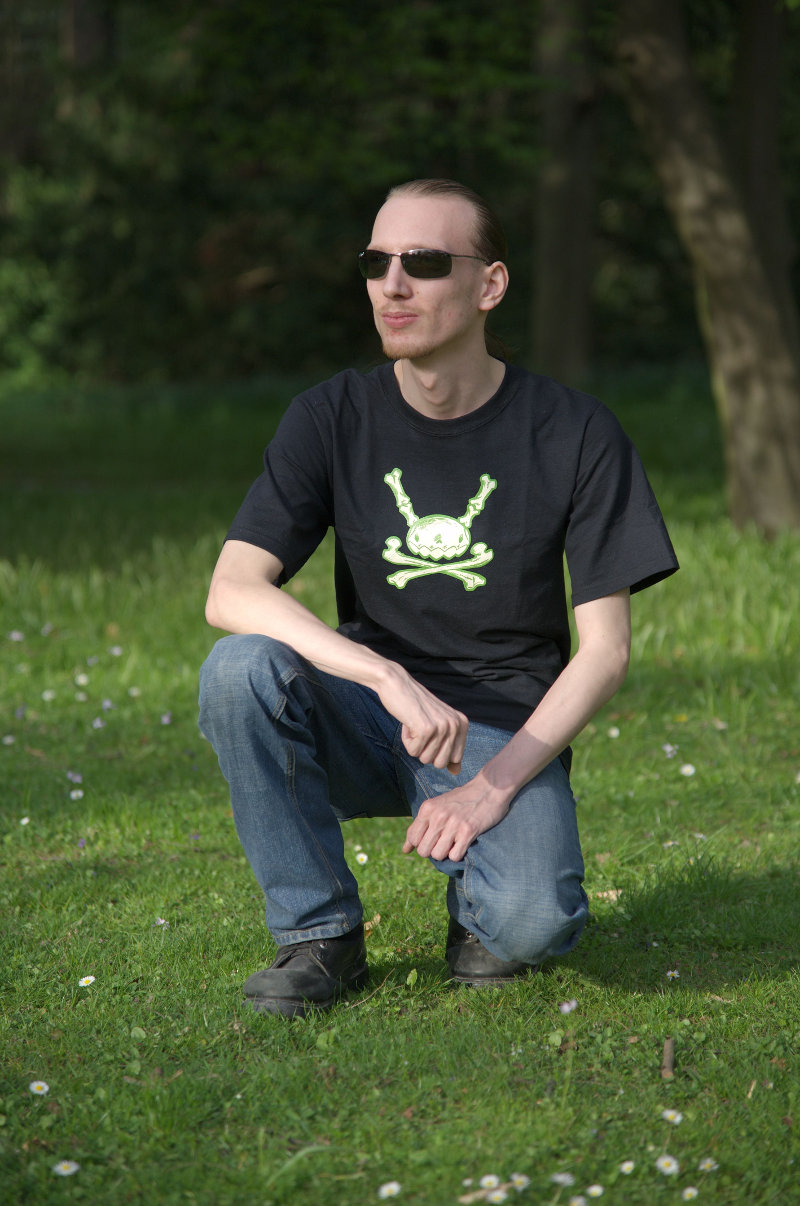 My name is Ben Scholzen, on the internet mostly known by my nickname "DASPRiD". I was born in 1986 in Engelskirchen, Germany, and grew up in Bonn.

I'm a passionated programmer, with my first experiences reaching back till I was seven. I was always very enthusiastic about any computer topic, so my parents gave me a lot of freedom when it came to that. I got my first computer when I was six, and quickly grew an interest in creating my own programs.

In my spare time I like to try out lots of different stuff. I like to go out with my DSLR and shoot photos, take a ride on my bike to enjoy the weather or go to conventions. Since 2013, I'm also quite active in the furry fandom.

After I finished my secondary school leaving certificate in 2004, I moved to Karlsruhe for an apprenticeship at MARTES NEW MEDIA as media designer. I passed my final exam in 2007 and kept working for the company for about half a year.

After that, I started working for a tiny company of a good friend for a while, which was also the first time I could work completely remotely. After two years, we both decided that it was time to move on, and so I started working for a local games company, Gameforge Productions GmbH, in which I had an awesome time with many great people.

At some point I started to feel the need for more indepence in my life, and thus I decided to found my own company, named by my website, in 2011. I had quite a rough start, but I managed to bite through all problems and kept going. I'm in business for several years now, and worked with many great companies in this time, the two major ones being Roave and Soliant Consulting.

Somewhere around 2005 I started to get really involved in working on open source projects. Initially, it were just my own little libraries which I published on my website, but later I joined the Zend Framework and quickly became a core contributor. Most of efforts went into it at that time, before I started publishing more independent libraries directly through my GitHub profile.

Today, there is almost no code anymore which I don't release in some form or another. The only exception to that is of course paid work of which I'm not allowed to release. But even there, some clients like to contribute to open source projects as well, in which case everyone benefits from it.

Meaning of my nickname

People keep asking me about the meaning of my nickname. To be honest, there is no meaning, it was just a rather random choice. Well okay, not totally random. As very few people may know, I started with the nickname "Shephard" in my childhood and later changed it to "Dark Predator". If I remember correctly, "Shephard" was a character in Half Life, and "Dark Predator" simply formed because I liked the color black and the movie Predator at that time.

Anyway, around the year 2000 or so I decided that it was time for another nickname change. Back then I was in a gaming clan with the two leaders named "DASGiB" and "DASKAjA". During a night session we brainstormed a few new ideas for a nickname, and one of the suggestions was "DASPRiD", based on the earlier nickname. Since I liked that choice, I sticked with it.